As a biology professor for 25 years prior to pursuing a career in art, Robert Fogel developed a deep appreciation for nature, especially landforms and rocks that exhibit strong lines, textures and color. Many of his sculptures evoke rock formations, landforms and other natural features that he observed during the summers he spent collecting fungi in the West.

Working in metal, many of Fogel’s works employ metal boxes welded or bolted together. The size and shapes of the component boxes suggest different features, e.g., in the ”Vug” series large boxes evoke the mother rock and small boxes a mineral vein. The black oxide coating on steel may be left intact or altered to various degrees by grinding, sanding, sandblasting, or hammering. Fogel further alters the surface by applying patinas, stains or paint and sealants.

Upon moving to Louisiana, Fogel became intrigued by the meandering streams and the oxbow lakes and bayous created where streams have changed course. By offsetting sections of the ”Meander” sculptures, he breaks up the flat surface adding interest. The offsets also reference the geologic, political, and developmental forces acting on the rivers in the region.

I started making sculptures to remind me of places and scenes in the Great Basin. My goal is to minimize the detail so that the viewer’s own experiences, memories and imagination become part of the experience. The challenge is to reduce my memories to a minimalist set of forms, lines, colors and textures. A successful sculpture evokes specific memories for me. The sculptures presumably evoke different, but perhaps similar, memories for others. – Robert Fogel

Fogel’s work has been selected for inclusion in several prestigious exhibitions including Louisiana’s largest juried art show – Art Melt 2013, 2014, and 2015; and the 2013 Joshua Tree National Park Art Show & Faire. He and his wife currently reside in Haughton, Louisiana. 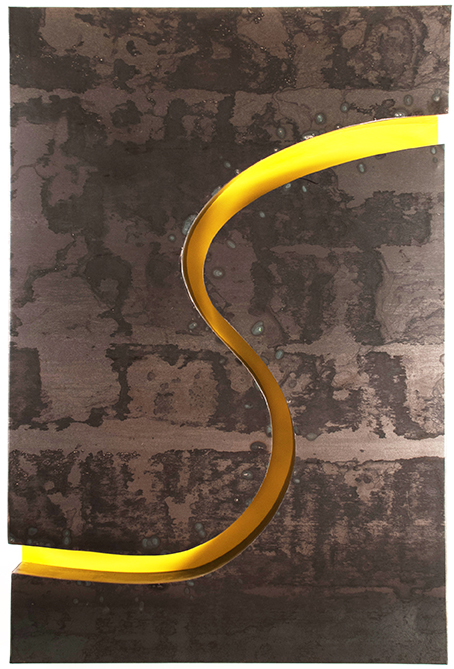 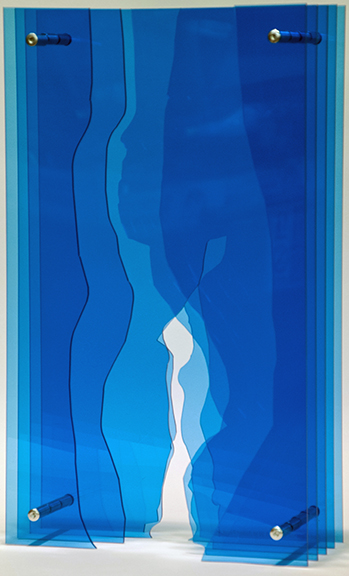 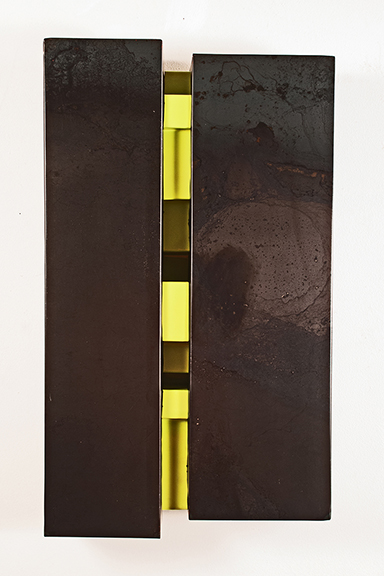 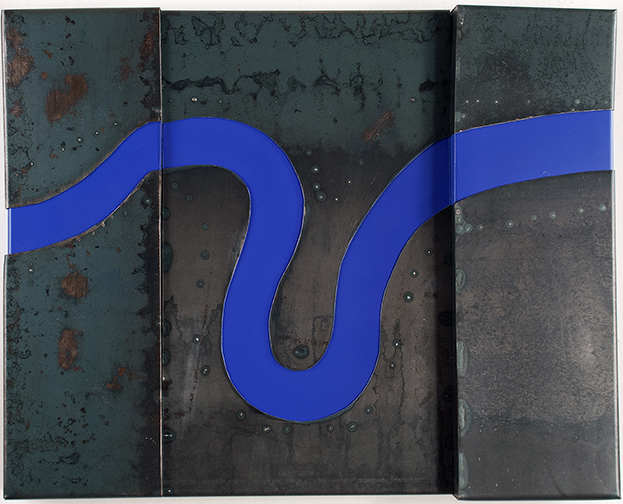 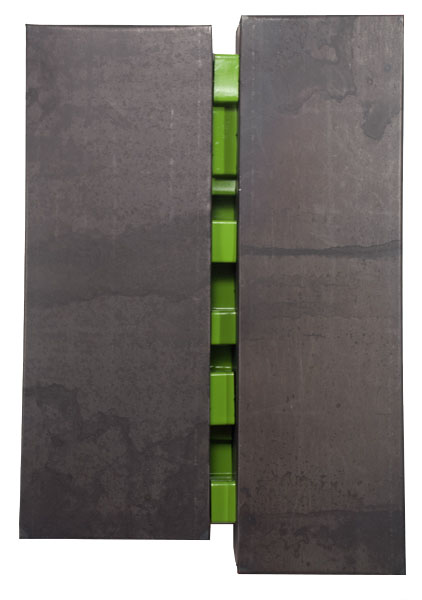 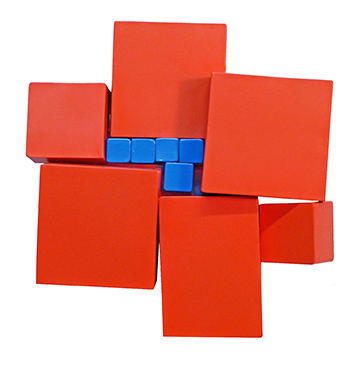 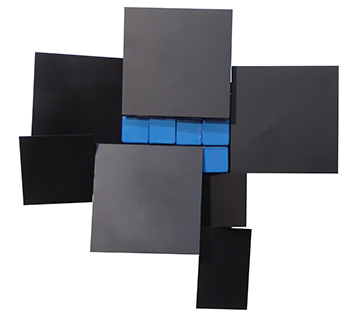 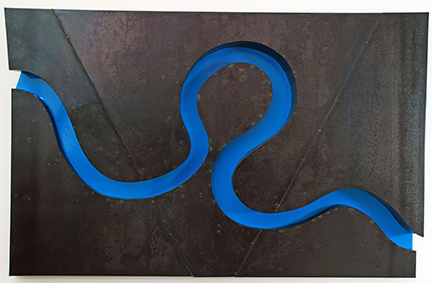 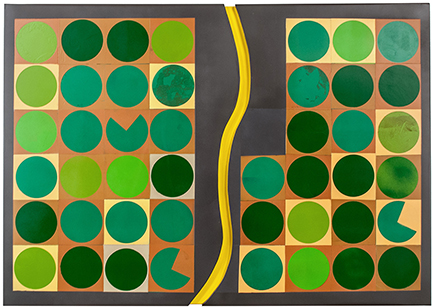 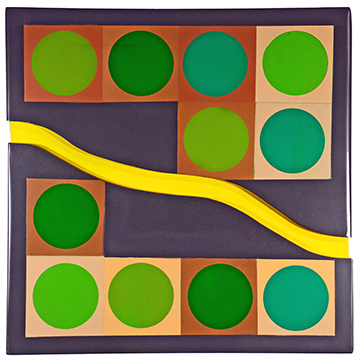 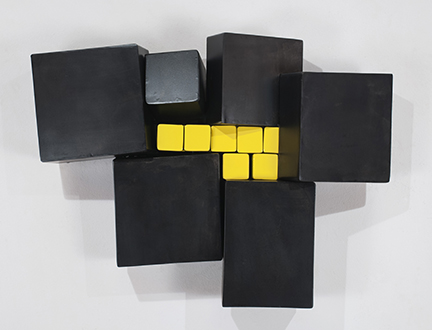 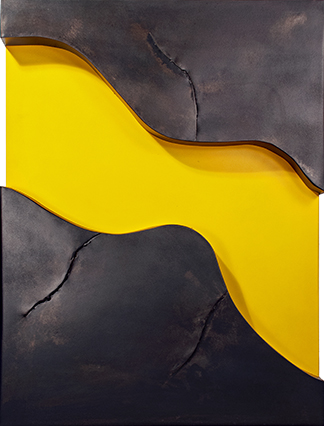 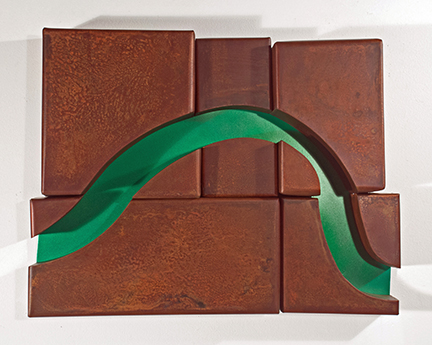 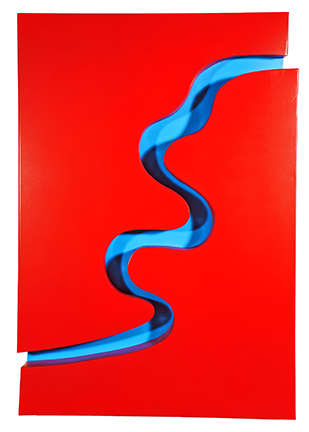 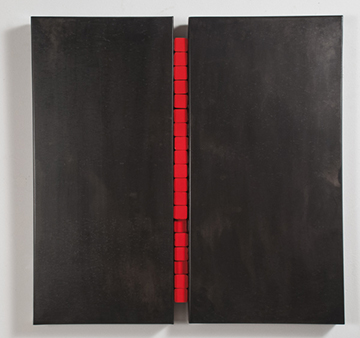 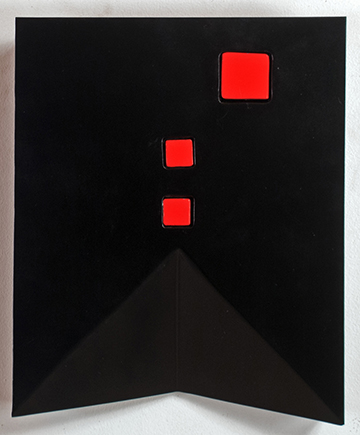 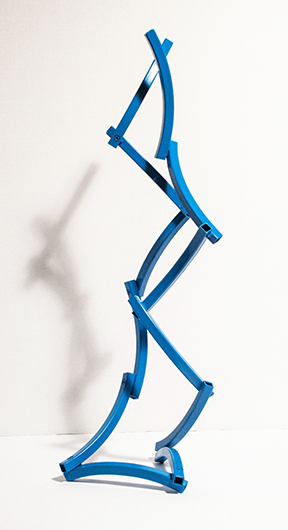 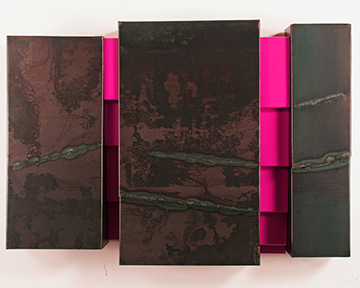 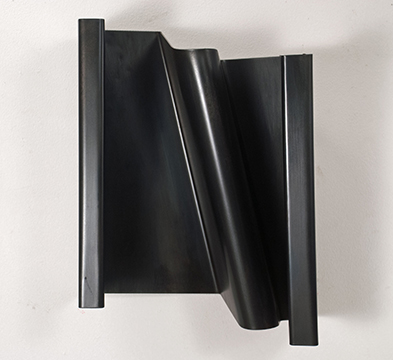 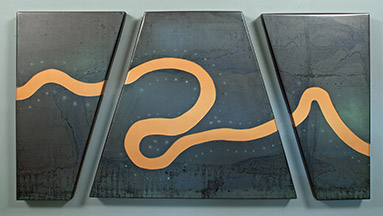 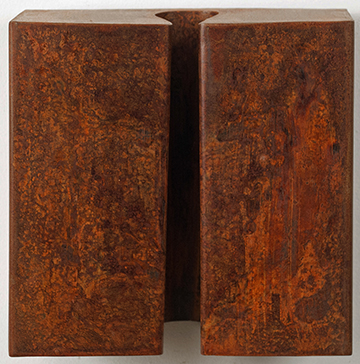 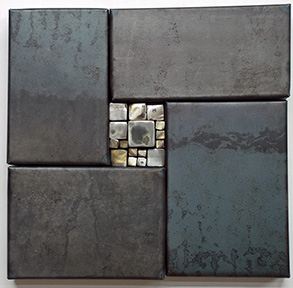 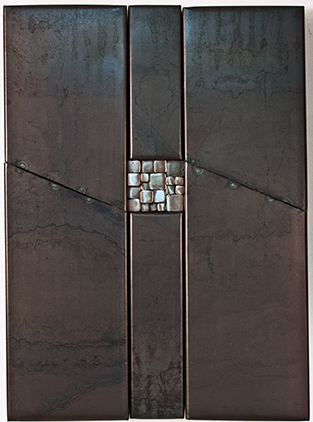 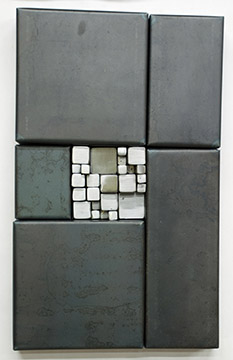 “Under the Fold” ©
by Robert Fogel