I believe that life transcends mere existence and achieves the profound through an engagement with the fundamental concepts of love, loss, honor and sacrifice. My works, whether they spring from my original content or the canon of religious and mythic stories, present beings at the pivotal moment when such interactions affect an essential change. I express these archetypal elements in paintings, drawings and writings by employing a compositional and figural language that invites the viewer, not only into an intellectual consideration, but a personal contemplation of their own response to life and its fundamental principles. – Randall M. Good (2015)

Randall M. Good received a Bachelors of Fine Arts degree from the University of North Texas in 1991. His studies focused on studio painting and art history, in particular the Italian Renaissance and Mannerist period. After graduation, a position as a restorer of easel paintings at Art Restoration Inc. in Dallas further developed his technical knowledge. As a fine artist for more than two decades Good’s primary focus is the expressive human form placed in subjects that range from Judeo-Christian iconography to Greek and Roman mythology, from literary sources to his own original cosmogony.

In the 2007 show, In The Company Of Angels, Good began to explore a personal creation myth inspired by a host of sources from the classics of Homer and Ovid, through the myths and religions of the world, ultimately touching upon the troubled nature of beings blessed or burdened by self awareness. This new subject matter is presented through the tradition of Florentine disegno merged with a highly personal interpretation of the human figure to become a vehicle for remarkably modern expression.

The artist’s works are in collections across the United States, from Hawaii to New York, as well as Italy and England. Good has also mounted traveling shows that he enhances with lectures and talks that take the viewer inside the creative process with subjects like “Mannerism’s Place in Art – Past and Present” to “The Most Difficult Question: The Artist’s Interaction with the Viewer”. Commissions and public pieces feature in his body of works and can be seen particularly in Churches, as well as in country clubs and hospitals. One particular commission of the Fourteen Stations of the Cross, which can now be seen at its permanent home in St. Mark’s Episcopal Church in Hope, Arkansas (http://stmarkshope.org), traveled the country prior to installation, making stops at St. Mary the Virgin in Times Square, New York and, by special invitation, at Manhattan College on the occasion of Pope Benedict XVI’s visit to New York, and the United Nations. 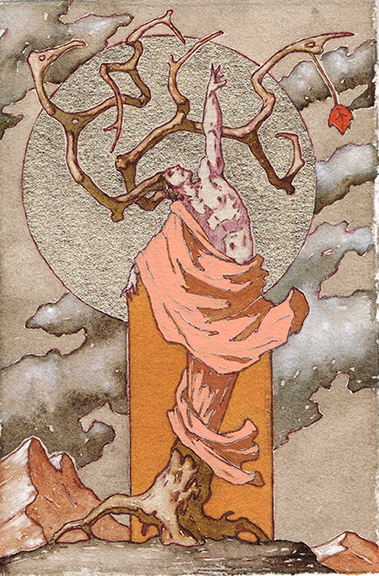 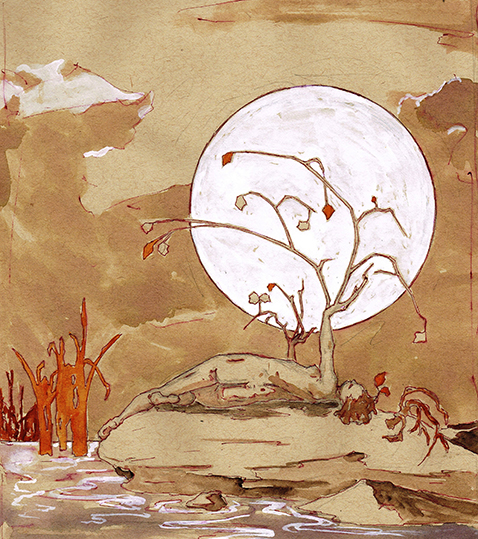 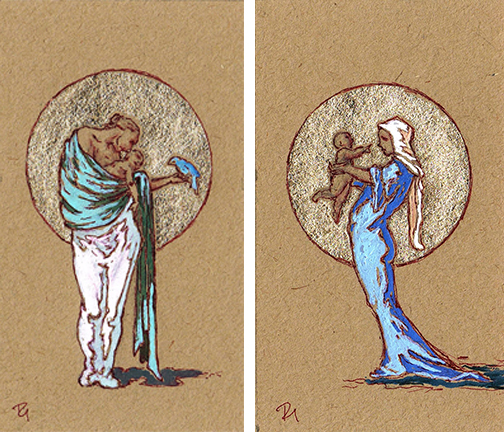 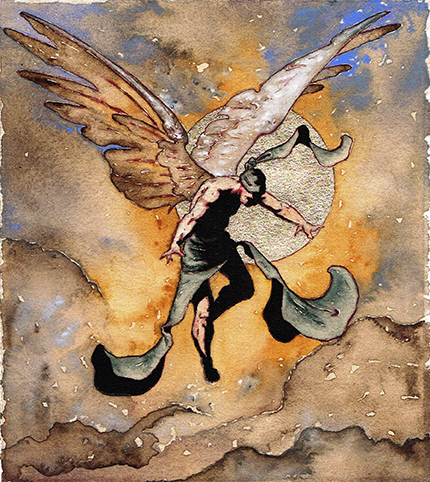 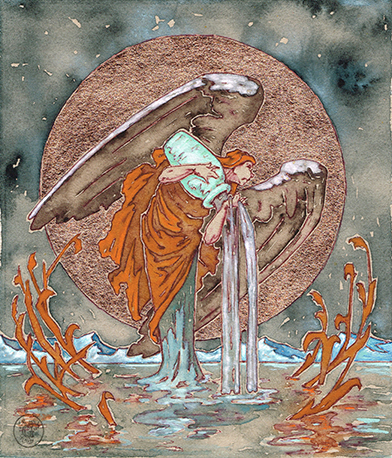 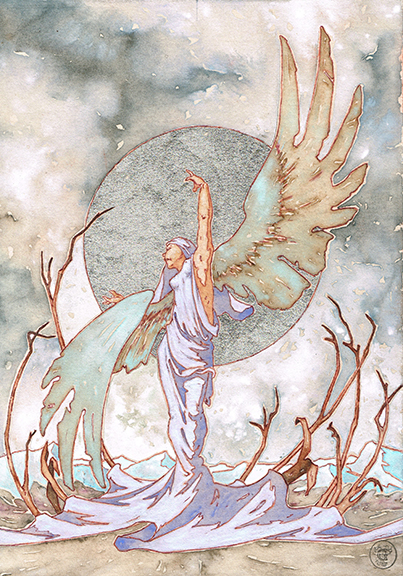 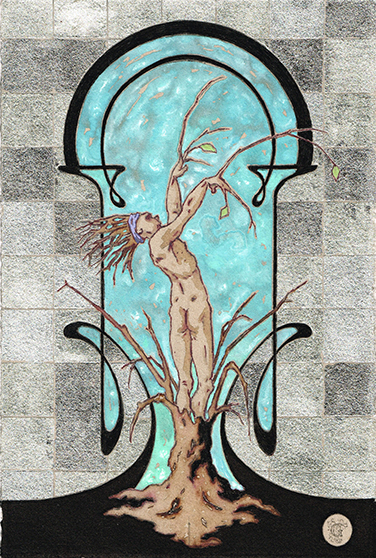 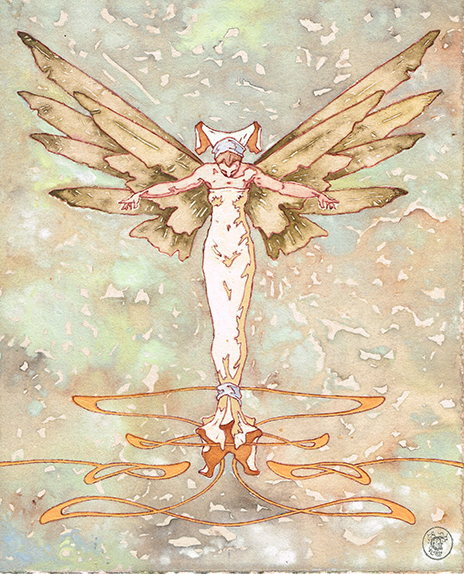 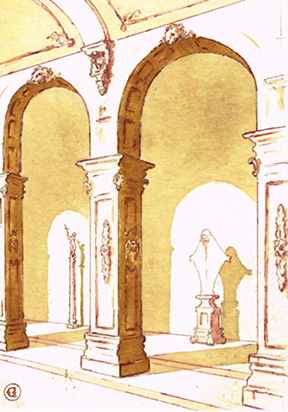 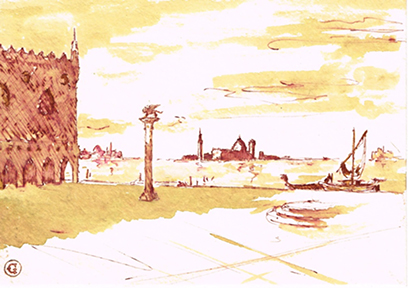 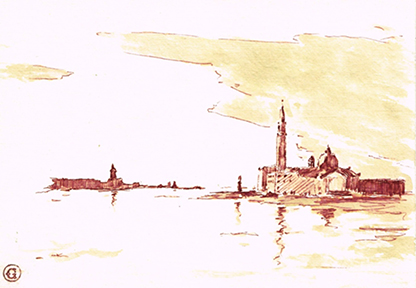 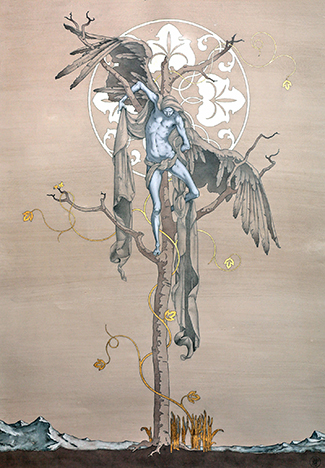 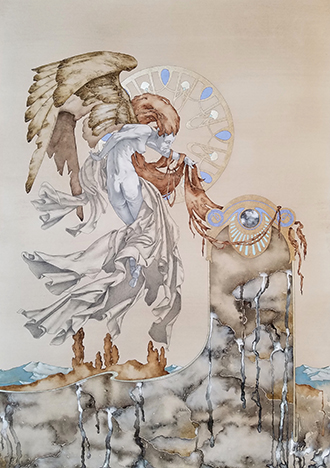 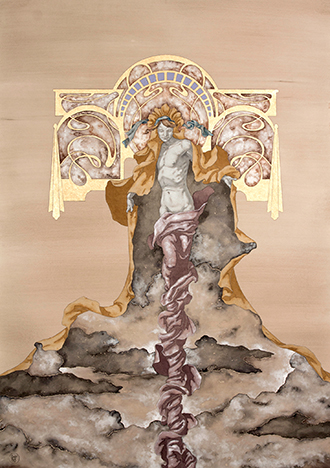 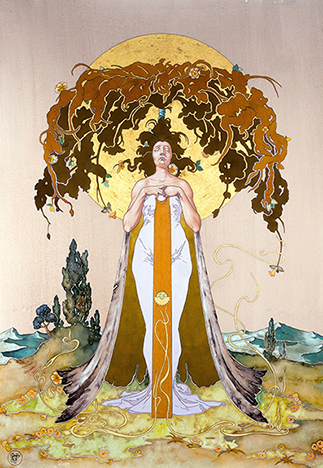 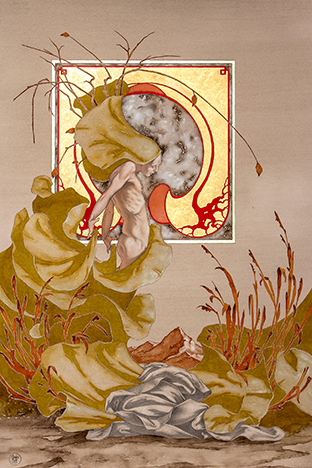 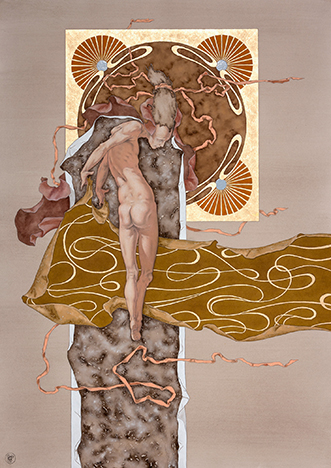 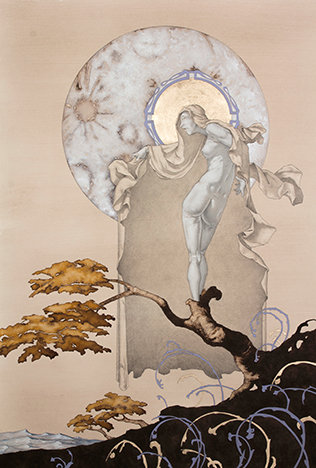 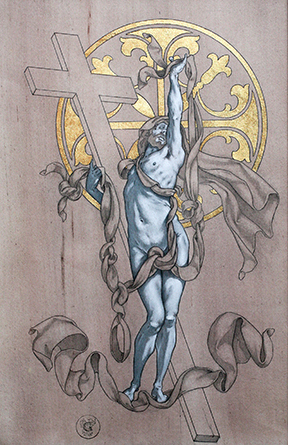 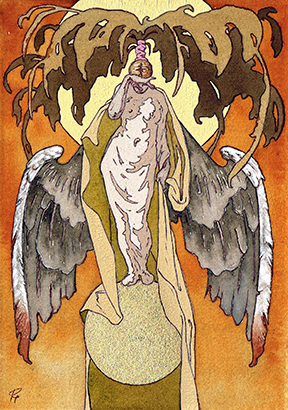 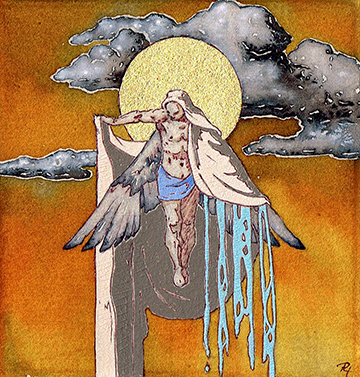 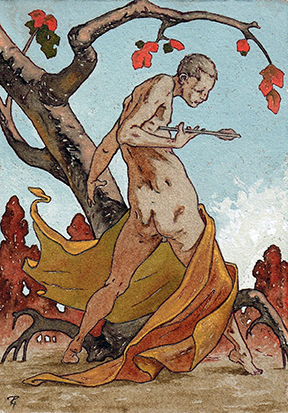 “Daphne by the River Peleus” ©
by Randall M. Good

Madonna and Child with a Blue Bird & Madonna and the Laughing Child 3 1/2″h x 2″w each – pen and ink, watercolor and 23k Moongold leaf

“The Dream of Hestasian” ©
by Randall M. Good

Concept Sketch “The Angel of the Springs” ©
by Randall M. Good

Concept Sketch “The Angel Jehaniver and the Triumph of Winter” ©
by Randall M. Good

Concept Sketch “The Tree of the Waters” ©
by Randall M. Good

Concept Sketch “The Angel of the Vapors and the Mist” ©
by Randall M. Good

“Aegostatius and the Last Tree on Earth” ©
by Randall M. Good

“Elcinoe, The Aeloi Releasing Her Tears” ©
by Randall M. Good

“Ijux, The Aeloi of Lightning, Storm, and Thunder” ©
by Randall M. Good

“Gaigophrates, The Aeloi of the Earth” ©
by Randall M. Good

“Gejeux, The Aeloi of the Air and the Four Winds” ©
by Randall M. Good

“Obsidoros: The Aeloi Who Refilled the Seas II” ©
by Randall M. Good

“Concept Study for a Son of Niobe” ©
by Randall M. Good