Give people paper and a pen and most will doodle. Some make elaborate drawings, others repeat a similar shape over and over, creating patterns. My “Botanical Cabinets” were born after I examined, interpreted and distilled the shapes I often doodle into three-dimensional forms. Over the years, the direction and inspiration of this body of work has changed and this latest iteration is less about expressive form and more about the interplay presented between presented between the monochromatic exterior textures and the interior images and found objects.

The most important aspect of each individual piece in the series, is the physical interaction with the viewer. The overexaggerated carved handle, slightly evocative of animal horns, serves as a visual cue and invitation for the viewer to interact with the piece. In doing so, the somewhat austere exterior gives way to a visually more complex imagery and found botanical objects rewarding the curiosity of the viewer for spending time with the piece. – Mia Hall

Mia Hall studied Furniture Design and Woodworking with renowned artist Wendy Maruyama at San Diego State University and earned a BA in 2000 and a MFA in 2006. While in San Diego, Hall taught design courses at both San Diego State University and San Diego College. In 2007, she was appointed to the head of the Furniture Design and Woodworking program at the University of Arkansas at Little Rock (UALR). Shortly thereafter, her husband, metalsmith David Clemons, was hired to develop a metalsmithing program at UALR and they both taught a variety of courses for ten years. In 2016, Mia Hall stepped into the role of Interim Department Chair and worked closely with the team developing and building the Windgate Center for Art + Design at UALR. In December 2017, Hall was appointed to the position of Executive Director for Penland School of Craft in Western, North Carolina. 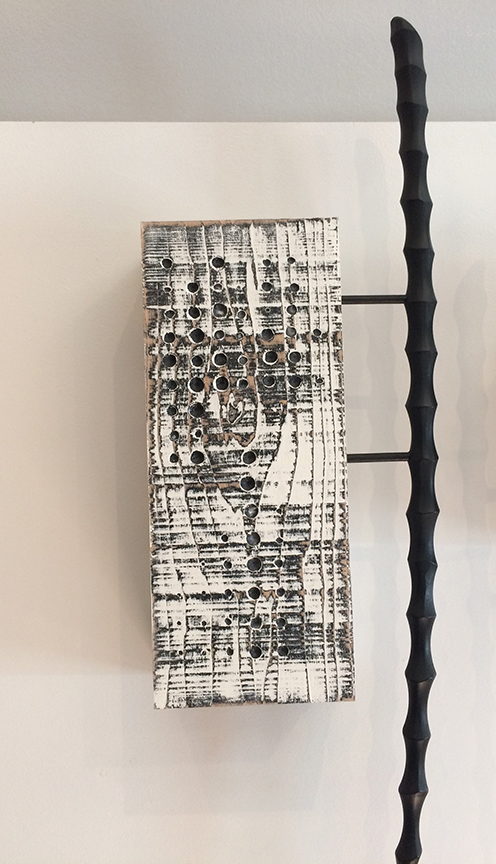