Kari Albright was born and raised in Chicago, where she later met her husband, David. Wanting to escape the city life, they moved to Sims Arkansas shortly after starting their family. In 1988, Albright began to build an extensive arts and crafts program for Camp Ozark in Mt. Ida, Arkansas. The program continues to thrive under Albright’s direction and with the addition of pottery to the the curriculum, she discovered her true calling.

The artist’s love of fire and its visually mesmerizing effect drew her to the ancient technique of sawdust fire. The process begins with shaping the pot on the wheel or by hand-building. While still in the leather hard stage, the vessel may be brushed with layers of terra sigillatta, burnished and left to dry thoroughly, or sometimes the clay is left in its raw state. The piece is then low-fired in an electric kiln for added strength. The final firing takes place in a barrel, brick enclosure or teepee. Various substances, from plant products to chemicals, are wrapped around the pot. Sawdust, sticks, pine needles, newspaper, etc. are placed on top and amongst the pieces in the firing area and then ignited. When the fire has burned down to hot glowing coals, a loose lid is placed on top and the fire is left to smolder and smoke until it is completely burned out and cooled. The firing process usually takes one to two days, afterwhich the pieces are then taken out to be cleaned and admired. Albright’s work is comprised of simple lasting forms with random patterns of fire and smoke expressing qualities of softness, sensuality and earthiness. Her pottery has been displayed in a variety of venues including inclusion in an exhibit at Senator Blanche Lincoln’s Washington, D.C. offices. 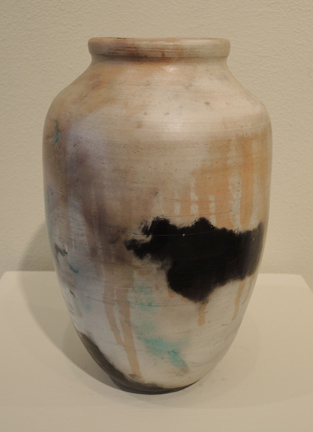 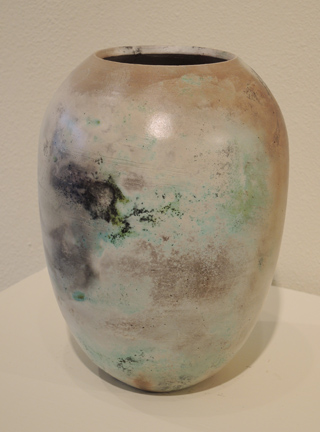 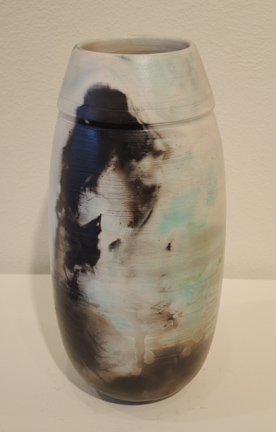 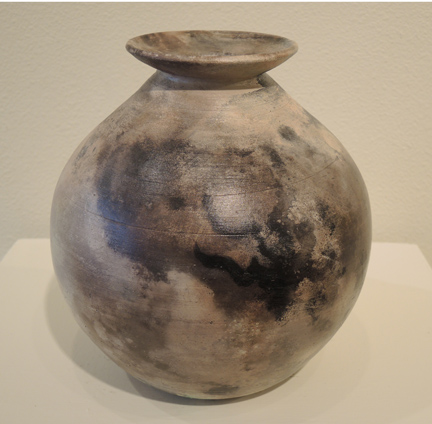 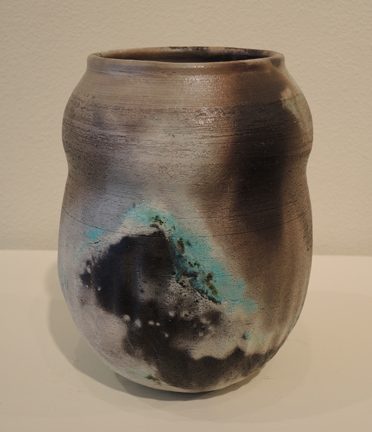 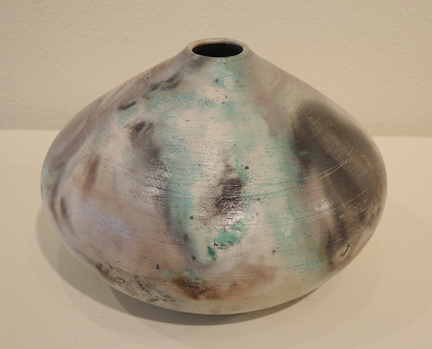 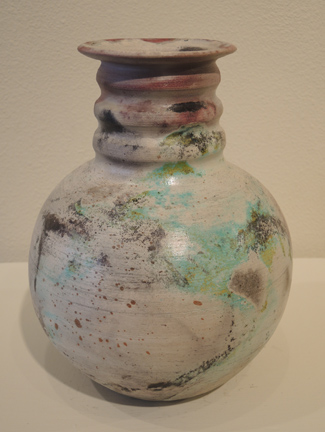 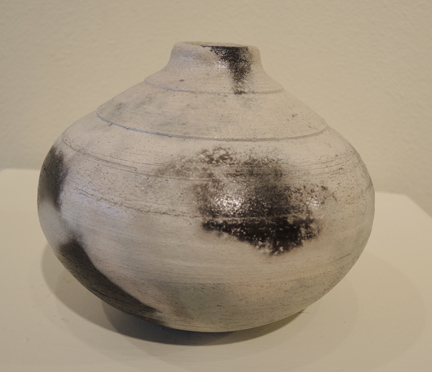 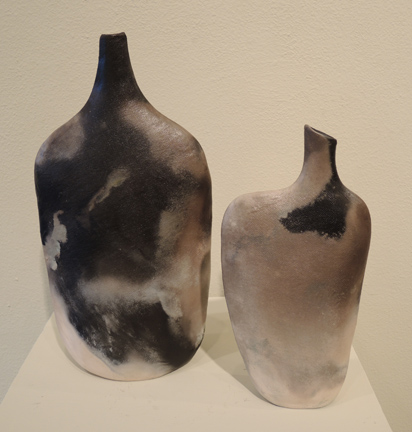 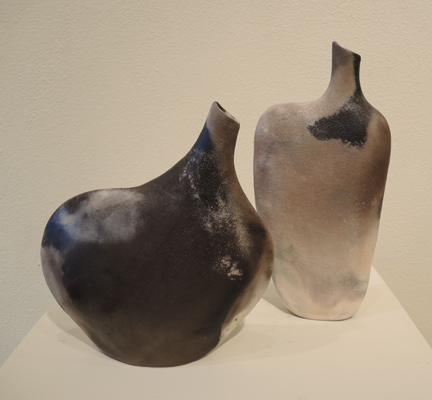 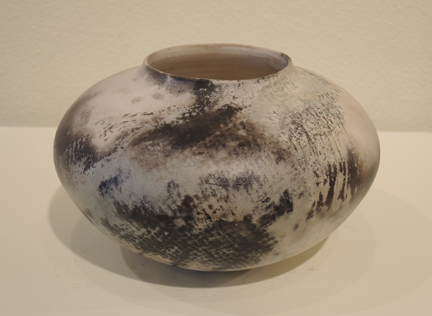 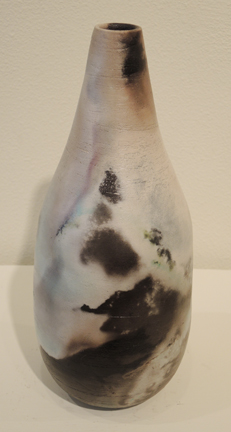 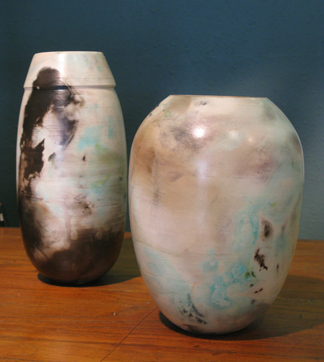