The February Exhibit at Justus Fine Art Gallery will feature a solo exhibition of landscapes by Dolores Justus. Inspired by the natural world, Justus’ paintings reflect a sensitive and intuitive view that distills patterns of light and form into compositions that engage and inspire. Landscape Love will open with a reception from 5-9 p.m. on Friday, February 3, in conjunction with the monthly Gallery Walk in downtown Hot Springs. The exhibit will be on display from February 3 – 28, 2017.

Employing a painterly abstraction in her landscapes, Justus’ work invites interaction from the viewer. In the painting, Delta – Spring, the landscape is reduced to its barest essentials, a faint impression of sky and land. In her piece, Islands, the forms are more recognizeable, but loosely rendered. Elements II is even more detailed, but retains her expressive brushwork in its execution, blurring the distinctions between reflection, water, and form. 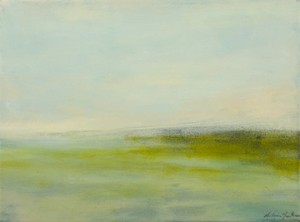 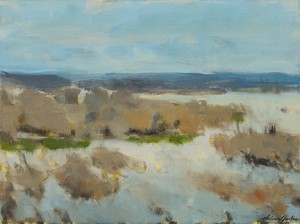 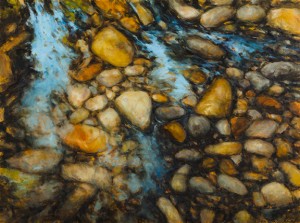 Justus’ work has been exhibited in solo and group shows throughout the nation and abroad for more than 20 years. A few highlights include: Confluence: An Exhibition of Work by Diana Harvey and Dolores Justus at the Annesdale Park Gallery in Memphis, TN (2016-2017); Sea & Sky at the Degas Gallery in New Orleans, LA (2016); Finding Center (solo exhibit) at the Annesdale Park Gallery in Memphis, TN (2015); Migration Patterns (solo exhibit) at the Roger D. Malkin Gallery – E. E. Bass Cultural Arts Center in Greenville, MS (2015); Coming Up for Air (solo exhibit) at the Catherine Kelleghan’s Gallery in Atlanta (2009); Horizon Lines (solo exhibit) at the University of Arkansas Mullins Library (2005); Interwoven, a joint exhibition with sculptor Robyn Horn, at Greg Thompson Fine Art (2011-12); Southern Women Artists at Greg Thompson Fine Art (2012, 2013, 2014); Best of the South at Greg Thompson Fine Art (2014, 2015, 2016); Anniversary Show at Greg Thompson Fine Art (2014, 2015, 2016); The Color of Love­–paintings by Four Women Artists at the Catherine Kelleghan’s Gallery in Atlanta (2008); the Arkansas Women in the Arts Exhibit in Washington, D.C. (2000-2001); the 43, 44, & 55 Delta Exhibitions at the Arkansas Arts Center; Creators/Collectors at the Baum Gallery (2002); Perspectives on Painting at Ouachita Baptist University (2009); and many others. 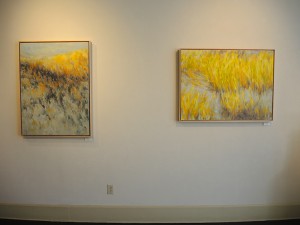 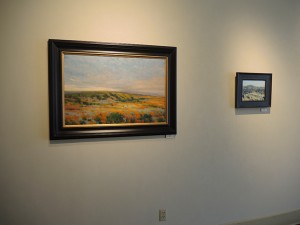